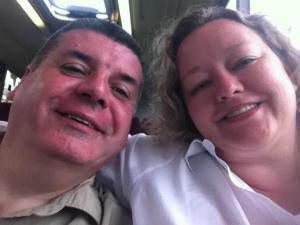 Off the Shelf is a radio/podcast show hosted by Kghia Gherardi and Simeon Beresford. The show focuses on interviews with authors, poets, publishers, editors, librarians, literary venue hosts, and other bookish people, both within Second Life and outside. Off the Shelf is produced by Kghia Gherardi, Simeon Beresford and Radio Riel. It can be heard on Radio Riel and the podcasts can be downloaded from this site and from iTunes.

Off the Shelf Schedule on Radio Riel

The Off the Shelf Season 4 broadcast schedule is as follows for each episode:

A new Off the Shelf episode releases on the third Sunday of the month, and it will run on the same dates and times in the same pattern as the first episode of the month.

Interested in Appearing on a Future Off the Shelf Podcast?

If you are an author, book-relevant Second Life venue owner, librarian or other book enthusiast and you are interested in appearing on an Off the Shelf podcast, please visit our Request for Interview page.

Off the Shelf Cast and Crew 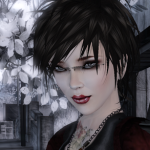 Kghia Gherardi is an Aquarius, but her typist is a Gemini. One is a water sign, the other air, so the result is a lot of steam.

Kghia is co-founder of Bookstacks, a volunteer at the Caledon Library, and she has been actively creating online reader communities for a decade.

Simeon Beresford is younger and fitter than his typist. However he is also less intelligent, so their rivalry remains on the whole friendly.

Simeon is co-founder of Bookstacks, manager of Awen, and a wicked quiz master.

Gabrielle Riel is the Leader of Radio Riel and owner of two Estates in Second Life, Edison and New Toulouse.  She is dedicated to exploring the frontier of new media in virtual worlds.