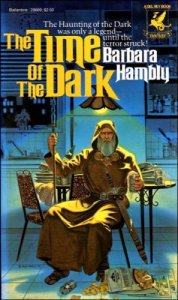 We were so pleased to welcome this episode’s guest, Barbara Hambly, a well-established writer who seems able to turn her hand to any genre with the same aplomb. Our only problem was how to fit in

We were so pleased to welcome this episode’s guest, Barbara Hambly, a well-established writer who seems able to turn her hand to any genre with the same aplomb. Our only problem was how to fit in all the questions we wanted to ask. Everything she has written deserved comment, yet time constraints meant we had to  pick and choose, Our apologies if we glossed over something you think should have been covered in more depth, but I am sure you will find the things we did have time for almost as fascinating

Additional links to the interview

You can listen to Off the Shelf via any of the following methods:

Don’t forget to listen to the show on one of the Radio Riel stations.

Author Website | Author Blog | Amazon Author Pages: US / UK
This show’s music: “Venom in My Denim” by Ninety Pounds of Ugly on the album Richmond Motel Room 3 available on Magnatune.com 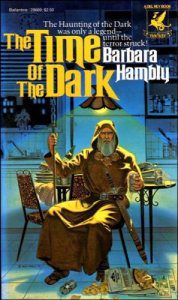 The interview begins with Barbara talking about her early days as a sword and sorcerer fantasy novelist for Del-Ray Books and about her writing process. Some of Barbara’s early writings were works-for-hire for series such as Star Trek and Star Wars and mentions some of her favorites from those series such as Crossroads, Ishmael and Children of the Jedi. As someone who sometimes draws on cultural icons in her writing, she discusses the challenges of doing so.

Simeon asks Barbara about her fantasy series The Windrose Chronicles and Sun Wolf and Starhawk. In particular, they talk about Barbara’s inspiration for characters and setting. We also discuss The Bride of the Rat God and how Barbara’s love of language lead to her character Jonathan Asher’s background as a philologist.

Many of the authors we interview choose to self-publish their backlist. Barbara chose a different direction and explains why choosing Open Road Media was a better option for her.

E-books lead into a discussion of cover art – some work, some don’t and some feature American beer. Visuals lead to Barbara’s work on graphic novels. She mentions her first experience working on a graphic story with Neil Gaiman on House of Dreams.

Moving onto Barbara’s current series, we talk about James Asher and her old school vampires. She doesn’t romanticize vampires; they are very dangerous. She makes some great points about the nature of people who are willing to become vampires and their tendency to be control freaks after they have been turned.

Barbara’s Benjamin January series features a free man of color as a detective in the pre-Civil War, American South. This set up provides Barbara with an opportunity to expose readers to a time and place many are not familiar with, as well as creating some unusual boundaries for a detective.

Barbara is writing a second detective series, this one featuring the historical figure Abigail Adams, under the pen name Barbara Hamilton.

Additionally, Barbara is revisiting her old Del-Ray series and writing new short stories and novellas. She is selling these pieces on here website under the section titled The Further Adventures of…