Book Stacks prersents: Off the Shelf: Seanan McGuire/Mira Grant Seanan McGuire is a talented urban fantasy author who draws heavily on her background as a folklorist to create rich, contemporary fantasy worlds. And she doesnt stop 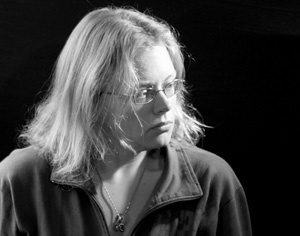 Seanan McGuire is a talented urban fantasy author who draws heavily on her background as a folklorist to create rich, contemporary fantasy worlds. And she doesnt stop there. She also writes science fiction under the name Mira Grant. Her first Mira Grant book was nominated for a Hugo Award this year, which she came darn close to winning!

We start the interview talking about Seanans October Daye series, which is urban fantasy with a touch of other genres noir, closed door mysteries, etc. Seanan talks about the challenges of modernizing folklore while remaining respectful of their origins. She pulls primarily from British Isles folklore with Oberon, Mab, and Titania at the core. She includes numerous other mythologies, but they must work within the Fae world established in Tobys world. 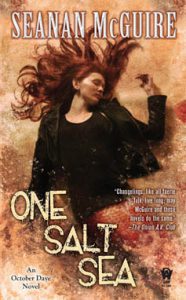 Seanan publishes science fiction under the name Mira Grant. Her first book from the Newsflesh series earned her a Hugo Award nomination.

The author discusses why she publishers her science fiction under a pseudonym, and the advantages it provides, particularly in the areas of branding her very different series and in setting expectations for readers.

The third book in the Newsfeed series is due out in May 2012, and it strongly features the letter E.

Additionally, Seanan has a new series coming out in March 2012. InCryptid features a family of cryptozooligists and is described as a combination of Steve Irwin, Crocodile Hunter and Van Helsing.